Everyone knows about the famous Shelley Street escalators that run all the way up through Soho, right?!  Well, did you know that there’s another set of escalators that runs up Centre Street in Sai Ying Pun?  Not quite as famous yet, but in a part of Hong Kong thats becoming gentrified, it’s only a matter of time.

The first time I tried to visit The Hideout, it was closed and I moved onto another of the many coffee houses that are springing up over HK.  Determined to check it out, we went back for an afternoon coffee one day, and were glad we made the effort.  A tiny little space on the side of a big hill, it’s a bit of an effort to get to, but worth it when you get there.  Ordering at the cramped counter is an experience, but watching the team bring your coffee up a steep set of stairs to the dining room is amusing; full credit though, they manage to deliver your coffees with nary a spilled drop. 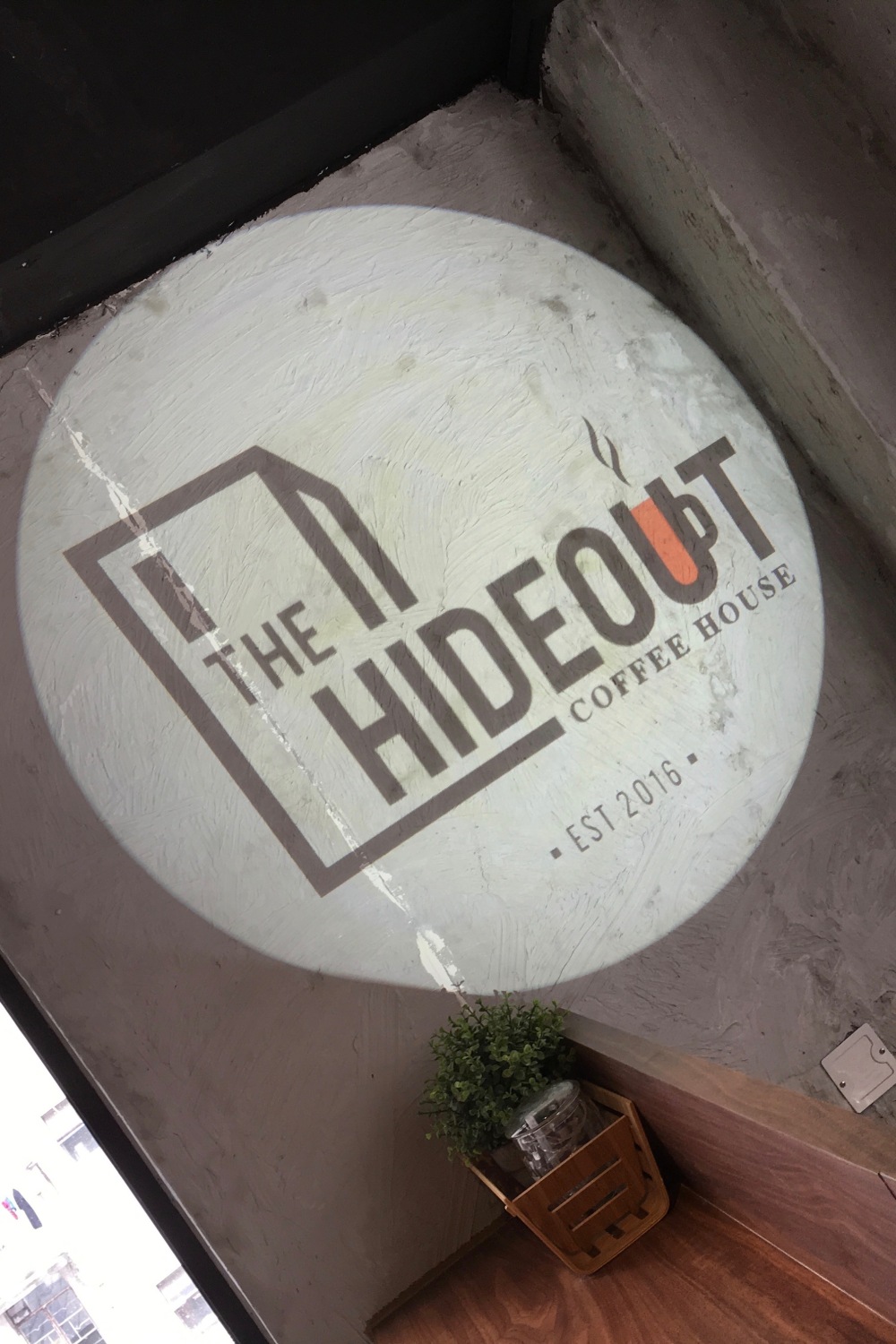 Being such a cramped space downstairs, it was difficult to see all of the equipment used at The Hideout; but I did spy a well used Rocket Espresso Linea Professionale and a Mahlkonig EK43 Coffee Grinder.

I was pretty disappointed the first time I’d tried to check out The Hideout; seriously, closed at 11am?  It’s a bit of a hike to get there and coffee is a morning pursuit!  They must have got the message though, our second visit they were open at 10am, a little better.

Our coffees were worth the effort though, served in cool matte black cups with The Hideout logo printed on the sides, the lattes had a wonderful nutty aroma that was instantly warming.  There was a super high acidity balanced out with a mild body that was just a little bitter but also had sweet undertones.  The dark roast was almost chocolate like in its flavour and was quite yummy.

Milk was the perfect temperature, allowing the sweetness to harmonise with the dark roast; latte art was a long rosetta that was nice but not as crisp as I’ve seen around HK.  Perhaps the long slow walk up the stairs to the dining room had an impact.

My takeout coffee was just as nice, but the cups were pretty small, so getting a dine in coffee is much better value. 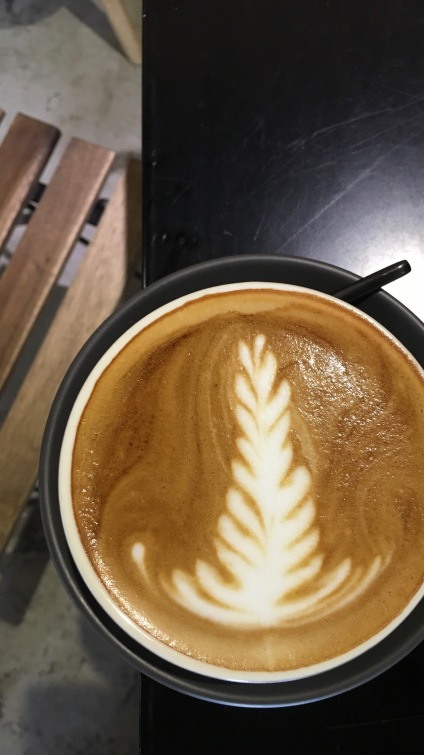 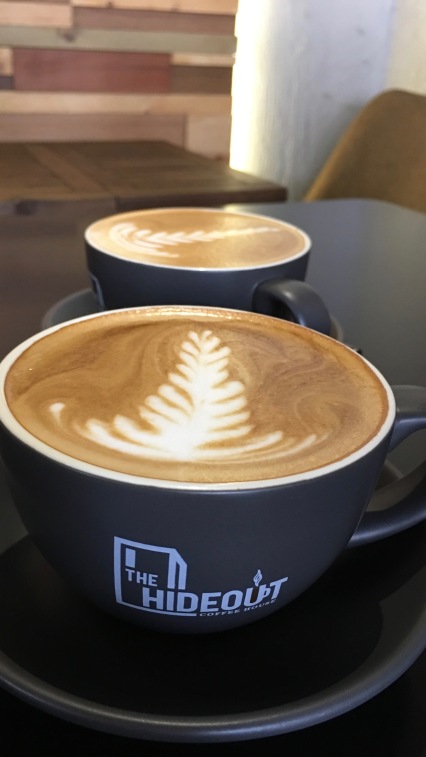 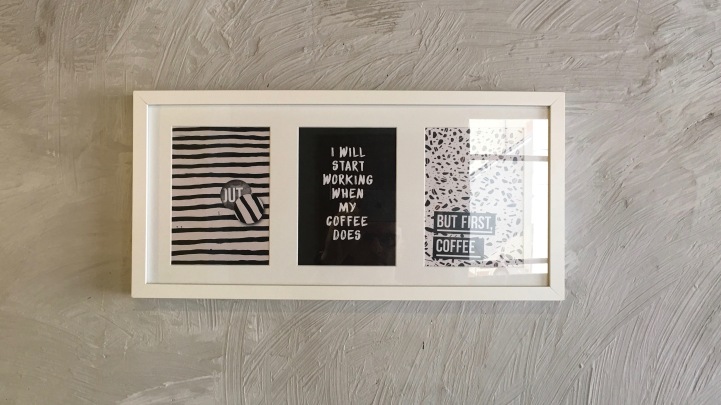 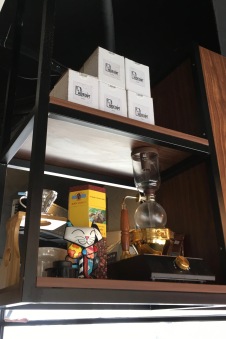 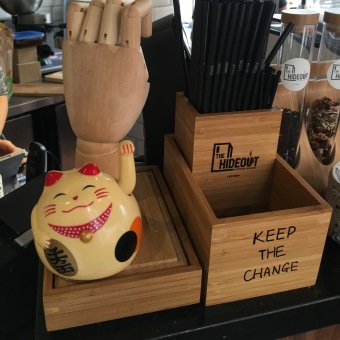